HOW TO GIVE YOUR GREENS AND VEGGIES A LONGER FRIDGE LIFE

Are you like me, tired of throwing out greens and veggies because they’ve gone bad in the fridge only after a few days?  Well, I don’t know if anyone ever told you, how to store veggies and greens, no one ever told me! And further more, don’t you think it should be common knowledge?  Why don’t they come with a “HOW TO STORE” tag?  Oh well, here we are and if you don’t already know this, I will fill you in on a little secret!

First of all, we must understand, why things go bad.  Apparently, oxygen and condensation are the two worst culprits!  So we need to keep things relatively dry and in an oxygen deprived container.  I always wondered why my Mother-in-Law wrapped  her garden goodies up in tea towels and then tightly in plastic bags.  Then one day I was visiting a friend and noticed that she had a sheet of paper towel on top of her mixed salad greens inside the plastic container.  My salad greens in the container always got wet and then slimy, the longer they were in the fridge.  I thought this was interesting so I tried it! Incredibly, the paper towel absorbs the excess moisture and they last much longer.  I have tried this idea on cucumbers, and pretty much all my veggies and greens that I put in the fridge, with the exception of celery.  I hope we all know tomatoes, are not supposed to be refrigerated, and celery lasts a very long time if it’s wrapped up in tin foil!  You’ll have to play around with other veggies, as I’ve only just begun to learn about different ones.

This  summer I bought a lot of Organic strawberries and I was paranoid that they would go bad!  They are so expensive anyway, so throwing them away is not an option!  I had some compost recycling paper bags, you know the ones with the cellulose liner?  Well….. those strawberries lasted in the fridge, in great condition for a whole week! So there’s another use for those bags.  I’ve also preserved cut up romaine in pretty great condition by putting it in a zip lock bag and sucking the air out of it.

Okay, here are some pictures of my greens that I experimented with.  They lasted over a week in the fridge with minor casualties! 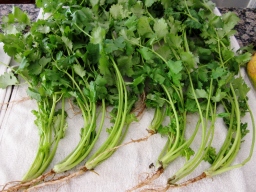 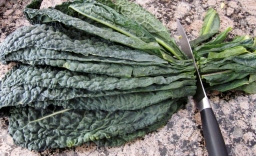 Get the picture?  Also, I sprinkle a little water on the paper towel so it doesn’t draw moisture from the veggie you are wrapping.

Hope this helps out any of you who are tired of throwing away precious vegetables!